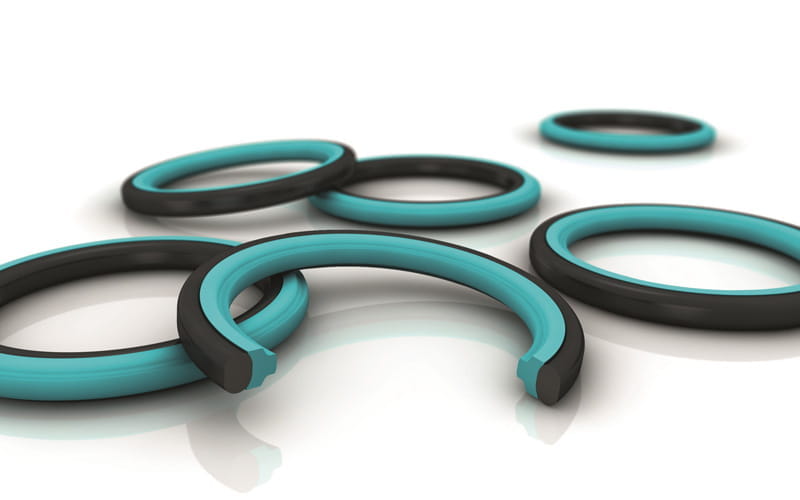 Normally, Turcon® Glyd Ring® is usually recommended as a bidirectional seal for all types of pistons and grooves.

However in some applications, in which the Glyd Ring® has to slide across mating surfaces that have dimensional changes, the seal can potentially be deformed, damaged or destroyed, as they may be pressed out of the groove by the O-Ring or the system pressure.

This Turcon® Captive Glyd Ring® version, shown this drawing, is retained in a split groove. The groove prevents the sealing surface from getting damaged by a counter part with variable diameter or when passing holes.